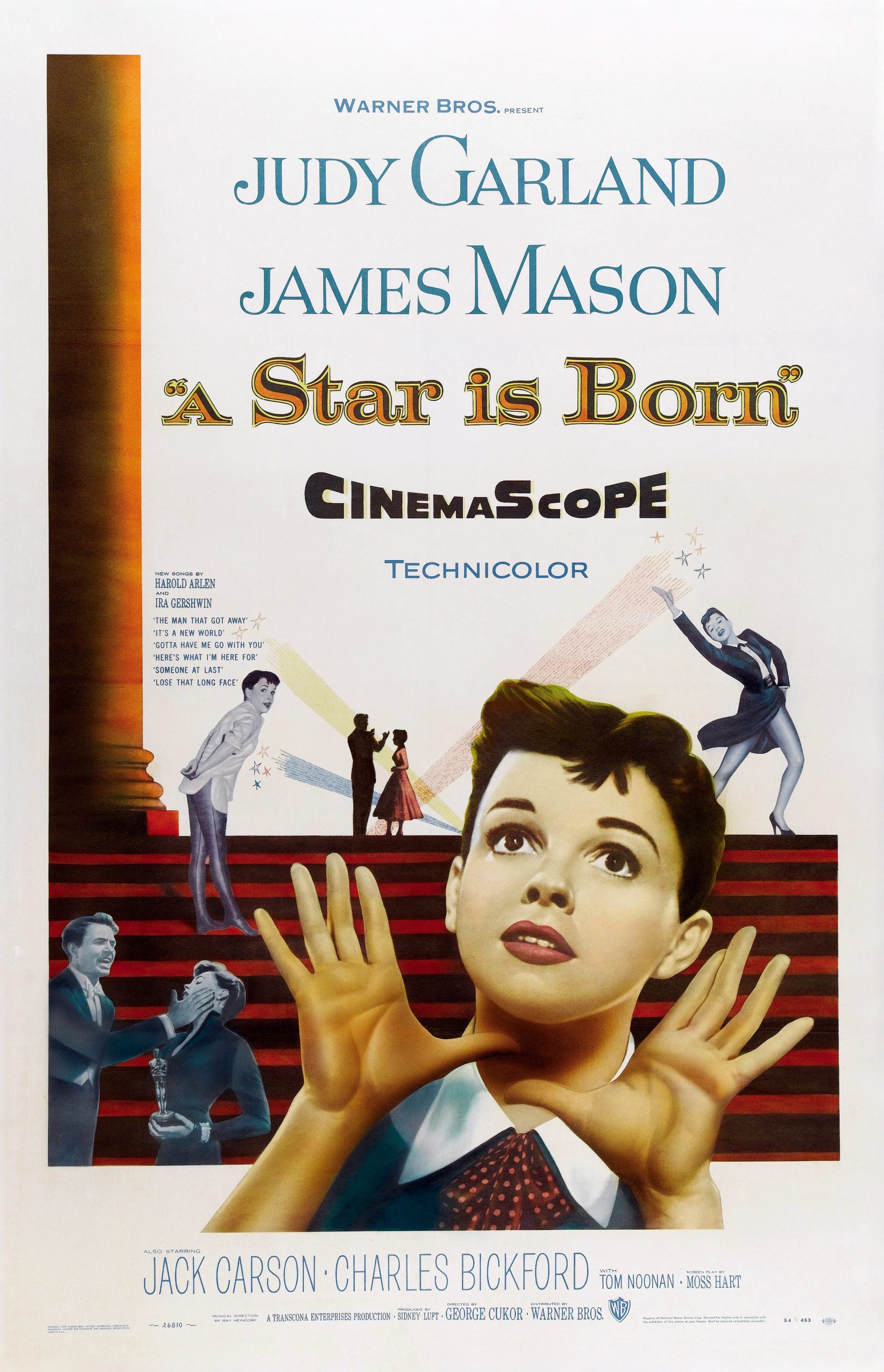 Garland plays a talented new actress who falls in love with Mason, an older star whose career is on the decline due to alcoholism. As her fame rises, it starts to eclipse his. A triumphant comeback musical for Garland, after MGM cancelled her contract in 1950, for which she was nominated for the Best Actress Academy Award.